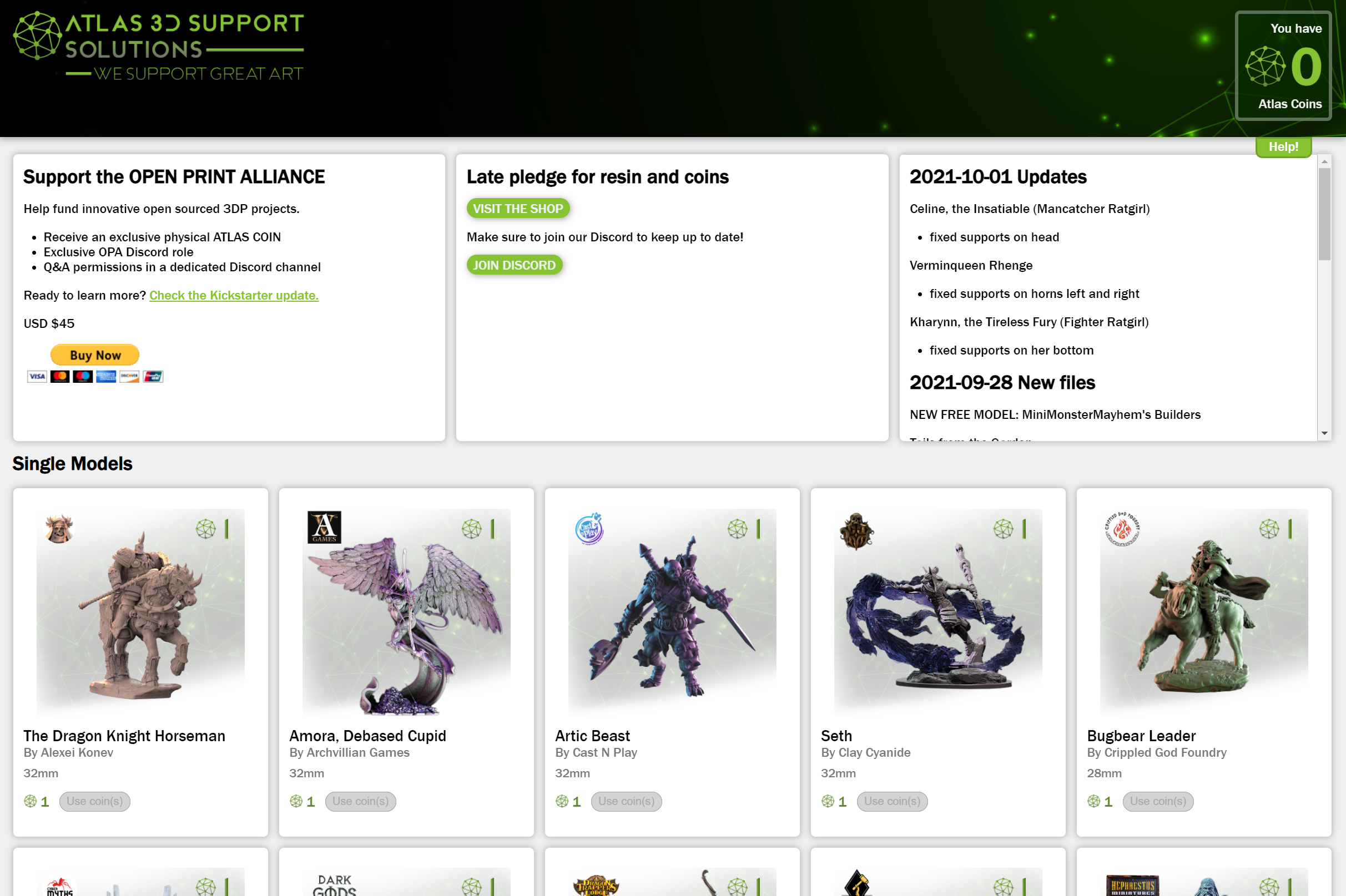 We met Atlas around May, and they wanted a storefront that could take both real money and tokens to enable more customer choices.

Having launched a very successful photopolymer resin Kickstarter, they were now figuring out digital file delivery for their backers.

The tricky part wasn’t the distribution per se, but the fact that each user had a choice on what files they wanted based on tokens they were given as part of their pledge reward.

Atlas already had a contract with a well-known Kickstarter pledge manager and distribution platform when we got a call one Wednesday evening for a consultation on how to take real money for extending the pledge, as well as consuming tokens. I’m far from an expert in this platform, but we found some critical problems with this, and pretty much every other off-the-shelf e-commerce platform. The platforms are designed to operate with real money, so have two ways of making a choice:

There were some products that were money-only purchases (extending your pledge for more physical rewards), and others that were token-only (making a choice based on a limited pool of tokens you were given as part of your initial pledge). The store could be configured to either of these requirements, but not both at the same time.

Looking at the problem, we investigated some options to just make choices, but failed to locate a “token-limited survey” to handle just that feature. Oh, and this needed to go live in 7 days. Hyperrational built a proof of concept for tracking people’s choices that night, which after a few days iteration to include some downloads and polish the interface, became the solution for choices and initial file distribution.

It was far from perfect, with no self-service product catalogue, and lots of spreadsheets, but it solved the problem at very short notice: 5 TB of data was downloaded in under 72 hours. Google App Engine allowed a scalable service for customers, and the use of S3-compatible storage enabled us to migrate between hosts as we learned what was working and what wasn’t, seamlessly without any customer impact.

Over the next month there were some small iterations, but the major improvement was in self-service management of the site. We built a local client to generate reporting information, as well as allow new customers to be added to the system and their token balances to managed.

We all knew it wasn’t the long term solution, but it allowed Atlas to fulfil part of the Kickstarter, provided some actual customer feedback and gave us all time to figure out what needed solving in the medium term.

The site described here is now closed, but it’s replacement is standing strong at atlas3dss.com. You can read about what we replaced it with here.